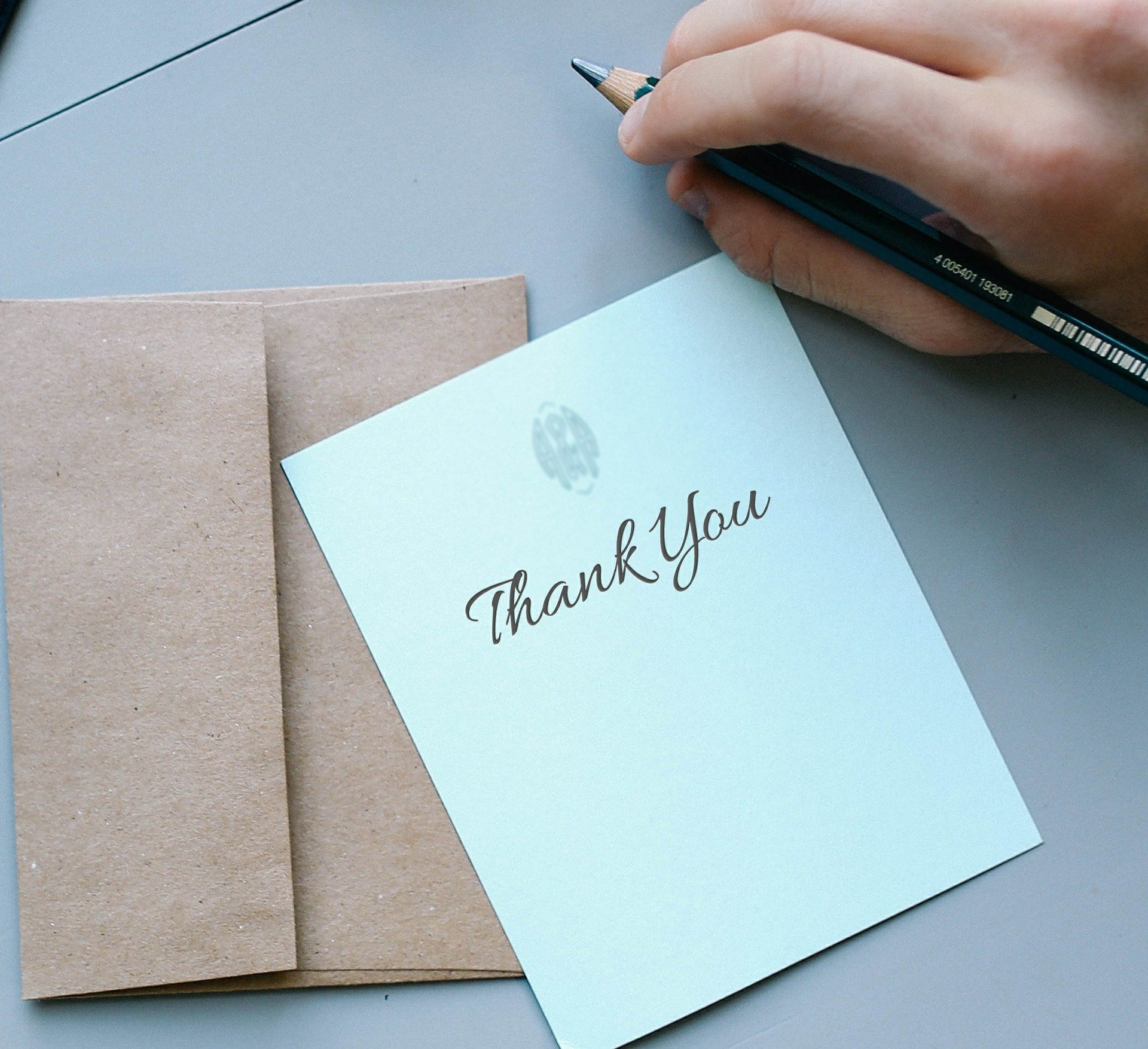 Telling family, friends and co-workers how much you appreciate them, or to give them compliments is so important. What is even more appreciated is seeing a compliment or how someone feels about you in writing. This is why writing notes are so important.
I always preach to write thank you notes, and I must admit that I think that they can be a drag to write as much as the next guy. This note writing is a little different. Writing someone a note telling him that you admire him, or are thinking about her in a difficult time, is so valuable to the receiver. I recently wrote a note to someone who I work with. I told her how she has made the office a more fun and much better place. She later emailed me and said it was just what she needed to hear that day, reread my note three times, and even cried when she read it. I wrote her a note hoping to make her feel good, but I am the one who ended up being so touched by her response back.
My husband showed me a video of Kevin Durant’s speech after receiving the MVP award for the NBA. One thing I caught is that he told a teammate how much he appreciated a note he left for him in his locker a few weeks ago that said “K.D. MVP.” Durant said he was having a bad day, and seeing that really made a world of difference. The teammate was obviously telling Durant how much he meant to the team and League. If a superstar like Kevin Durant appreciates a few kind words on paper, think how much the guy in the office next to you, your spouse, or your kids would feel about a kind note from you.

Category : Uncategorized
PreviousMom – It’s All About You on Sunday!
NextPeople get Brave – and Inappropriate – on the Internet